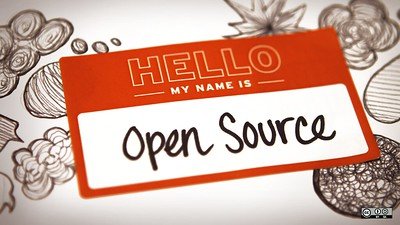 After the failures of AAU

A positive development happened on the summer of 2014. Gerardo Vargas “transferred” to Pacific Northwest College of Art to course the Low Residency Visual Studies MFA program. There he designed his coursework around 3D art both digitally and traditionally (sculpture and installations). Also, he was exposed to experimental animation trends that questioned all he thought he knew about animation.

It was a great time for self-discovery and experimentation. During the next 2 years, Traces Retraced was reborn and metamorphosed into a 13 minute short film centralized on four social justice themes with 4 main characters. A huge difference from the chaos of 14 characters and story lines that had no importance or relationship among themselves.

The best part of the positive development, mentioned above, for Gerardo Vargas, was discovering that he could create an entire animation studio based only on open source software and hardware. He had good knowledge of open source software thanks for Blender and LibreOffice. But during his studies he learned about Zotero for research, Natron for video compositing, Kdenlive for video editing. There is variety of Linux operating systems also.

Open source software is a great alternative, probably the best alternative to use to fight social injustices of socioeconomic forms. One example of discrimination in society is how some educational options are only available to well-off families. The so call Ivy League colleges, the heavily expensive production software, the societies and clubs created to leave some people out are just a few examples. On top of that, the labeling of human groups to “classify” us into different targets of different levels of discrimination.

Labels like race, ethnicity and background are debunked by science. Classicism and elitism are the base foundation of all “racism.” The film is a study on how the race concept is a societal construct to further the greed of some “groups” that are in power around the different cultures of the planet.

Daca Daguao Digital Design, LLC was born from the interest of Gerardo Vargas to return to the roots of science fiction. As Plena and Bomba are seen in Puerto Rican culture as the musical version of “common people’s newspaper” of ancient times, science fiction is the visual version of that same concept. It is a way to criticize and comment on social issues around cultures of the world. This film is the first attempt of the studio to formalize that dream. A dream of becoming a platform for other artists to return to the roots of sci-fi.

An extra bonus of the Positive Development

The studio is hoping and already working on creating an affiliated art school to instruct new artists on the options of open source. But most immediate goal is to retrain displaced artists that have been left out of the industry by the unscrupulous greedy tactics of other studios, labeling them as “too old” or similar excuses to drop them out of the industry they helped create. You can find the school is here, but it is under construction. The studio is planing on having all traditional art form represented, but the school will be directed towards techonolgy and specifically open source software and hardware.

That said, the school is not meant to become a “university” or any federal or state funded school. The studio is exploring the non-profit route, so yes, there will be patronage and external funding sources, but we want the school to stay off the “student loan” fiasco we see on colleges and universities.

Feature image information: “How university open debates and discussions introduced me to open source” by opensourceway is licensed with CC BY-SA 2.0. To view a copy of this license, visit https://creativecommons.org/licenses/by-sa/2.0/

We use cookies on our website to give you the most relevant experience by remembering your preferences and repeat visits. By clicking “Accept”, you consent to the use of ALL the cookies. Let me see those cookies.
Cookie settingsACCEPT
Changed Your Mind?

This website uses cookies to improve your experience while you navigate through the website. Out of these, the cookies that are categorized as necessary are stored on your browser as they are essential for the working of basic functionalities of the website. We also use third-party cookies that help us analyze and understand how you use this website. These cookies will be stored in your browser only with your consent. You also have the option to opt-out of these cookies. But opting out of some of these cookies may affect your browsing experience.
Necessary Always Enabled
Necessary cookies are absolutely essential for the website to function properly. This category only includes cookies that ensures basic functionalities and security features of the website. These cookies do not store any personal information.
Functional
Functional cookies help to perform certain functionalities like sharing the content of the website on social media platforms, collect feedbacks, and other third-party features.
Performance
Performance cookies are used to understand and analyze the key performance indexes of the website which helps in delivering a better user experience for the visitors.
Analytics
Analytical cookies are used to understand how visitors interact with the website. These cookies help provide information on metrics the number of visitors, bounce rate, traffic source, etc.
Advertisement
Advertisement cookies are used to provide visitors with relevant ads and marketing campaigns. These cookies track visitors across websites and collect information to provide customized ads.
Others
Other uncategorized cookies are those that are being analyzed and have not been classified into a category as yet.
SAVE & ACCEPT
Powered by