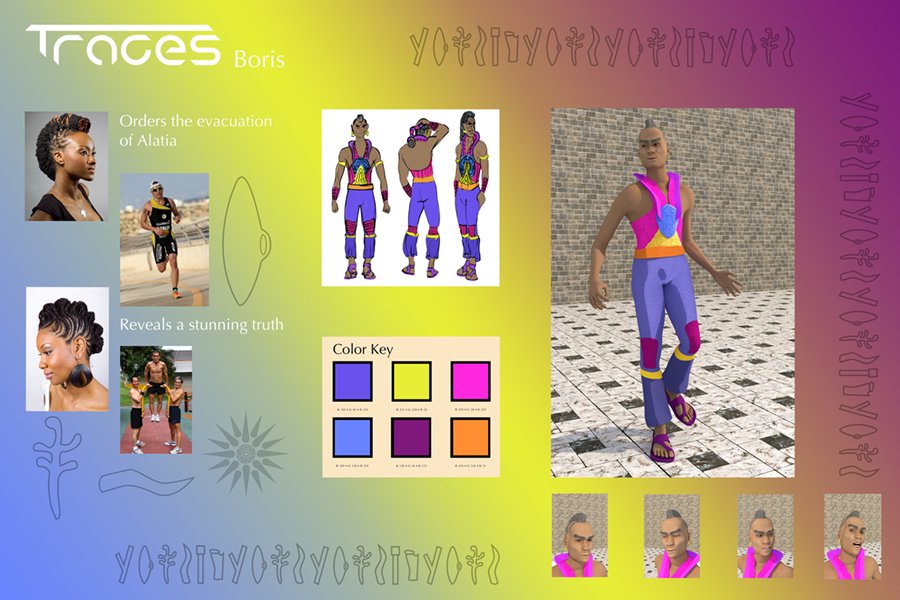 The Production history of Traces Retraced is so far 5 years old. But in reality it started back in the 90’s when the owner of Daca Daguao Digital Design, LLC was starting his career as an illustrator turned animator. The production journal and its memorabilia store are in the process of moving to this centralized website leaving behind the main site for Daca Daguao. This is an effort to streamline the process of finishing this project.

The Production: Creation of this project

Here is a little history of the creation of this project. When Gerardo Vargas graduated from Pratt Institute as an illustrator, he had already envisioned a career as an animator thanks to the influence of Dave Passalacqua, his beloved Illustration Professor at Pratt. As an illustrator, Mr. Vargas was planning on a career as a children book artist, but his background as native and member of a colony – the oldest of America – kept turning him towards political themes for this art.

For over 20 years this battle of commercial art vs fine art based on social justice kept his career interesting for sure. Finally in 2012 Mr. Vargas set out to pursue a Master Degree with concentration in 3D art but directed toward political discourse. Traces Retraced changed during this process from a commercially-heavy non-consequential film project to a social critique of current and past events with a positive outcome for the future.

Traces Retraced was not named that in the start. It went from “Discovery” to “The Others” to more irrelevant tittles. At one point of those 20 years the script was over 120 pages long. It also had over 12 characters and no specific outcome to the end of film. Even lacked a “why” the film was being made. The influence of Disney, Hollywood, Pop-Culture, and main stream media was too “present” on the script. On top of that, Mr. Vargas does not consider himself a writer, so many of the story lines were convoluted and grotesque.

The story is now condense into 13 minutes (the pilot/introduction of the story at least) with main 4 characters and amazing ideas that are more organized. You can read more in future posts and some of the MFA posts at the fine art site of Daca Daguao Studio. 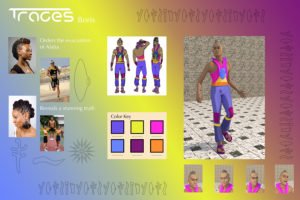 Starting in 2012 Mr. Vargas enrolled in the online Master Degree for 3D Modeling at the Academy of Art University, San Francisco, CA. That was the start of the Production. After 2 years of course work and dealing with mediocre professors in the 3D modeling department (there were good ones, just too many bad ones) it was evident that it had to stop. The best part of that experience was the school or department of traditional Sculpture (modelers need a good understanding of organic anatomy).

Mr. Vargas had professors of the caliber of Edward Kats, Ann Sidenblad, Mary Krefting, Steven Krochman and Stephen Perkins. All contributed with their quality of instruction, in different ways, to Mr. Vargas decision to leave the Academy and look for better options. As a disclaimer, they did not give Mr. Vargas the idea of leaving, they just showed him that good professors are more important than a school reputation! The rest of the professors there were mere mediocre.

The rest of the story will be in a new post soon. Stay safe.

We use cookies on our website to give you the most relevant experience by remembering your preferences and repeat visits. By clicking “Accept”, you consent to the use of ALL the cookies.
Cookie settingsACCEPT
Changed Your Mind?